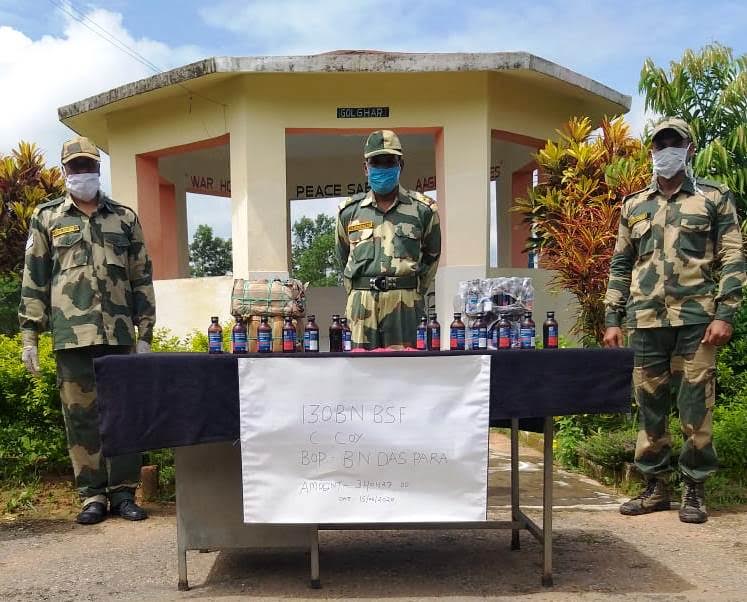 BSF troops deployed in the International border in the state of Tripura have seized huge quantities of narcotics and contraband items worth Rs 30,58,213.

In a press release issued by the BSF, Tripura it has been mentioned that a special operation based on specific BSF intelligence input was conducted by the BSF troops of 80 Battalion BSF with the police team of Sundertilla Outpost under Sidhai. Accordingly, on the night of 15-16 June, the BSF troops seized 650 Nos Yaba Tablets, 19 Kgs Ganja, 250 Bottles of Phensedyl and other miscellaneous contrabands, having a combined value of Rs 30,58,213, whilst following the COVID-19 protocols.

The search operation was conducted at the residence of Swapon Deb Barma, Hemanta Deb Barma and Aghar Deb Barma, all are residents of Bhuban Choudhary Para, Mohanpur, West Tripura District where the items were recovered. The items include huge quantity of contrabands comprising of  Ganja, Tyres, Medicines, Injections, Oils, Vitamins, Soaps, Powders along with other miscellaneous items, having a combined market value Rs 24,60,260. 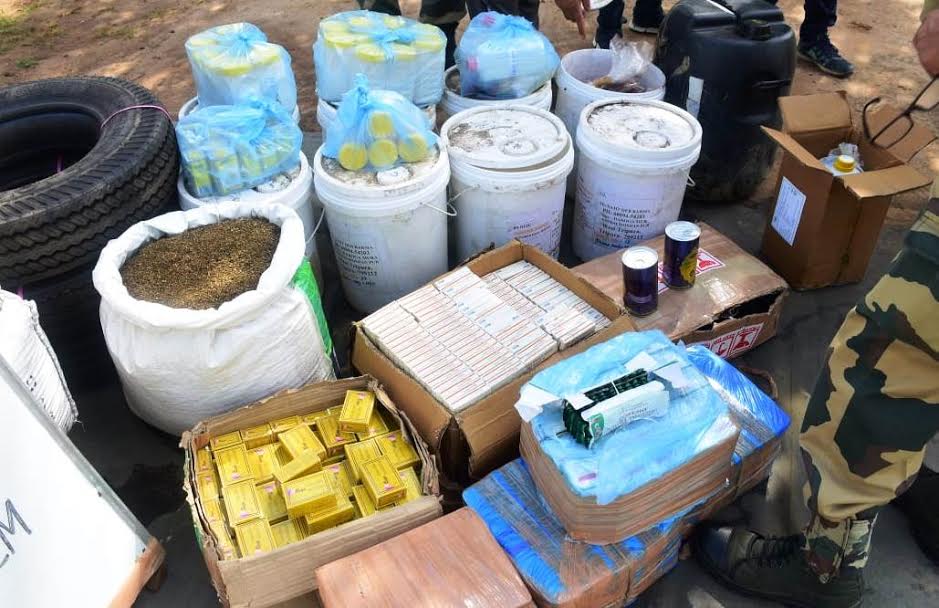 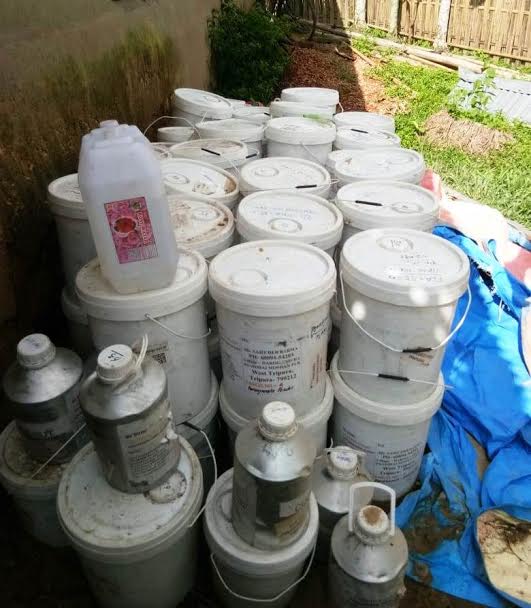 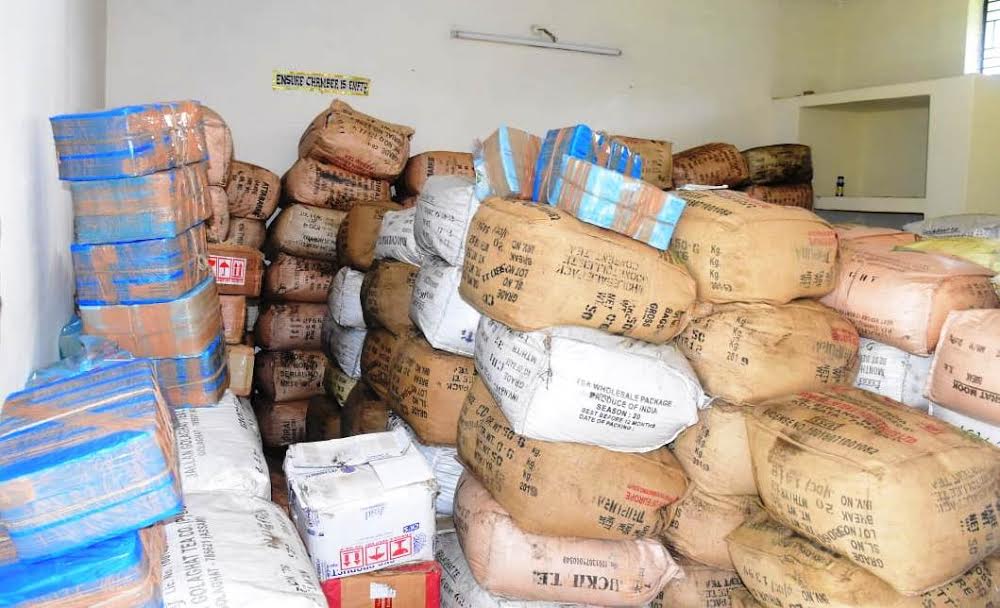 However, the cost assessment of other items is being carried out. The seized contrabands will be handed over to Customs Department Agartala and Ganja to Police Outpost Sundertilla for further legal action against the accused. An FIR is being lodged against the house owners.

In another Operation, during the wee hours of 15 June 2020, acting on a specific intelligence input, Special Ambush party of Border Out Post BN Daspara, under PS P R Bari, District South Tripura, observed suspicious movement of some miscreants near the Border Fence. On being challenged, the miscreants paid no heed and continued with their activities. Sensing the graveness of the situation, BSF troops resorted to firing with Non-Lethal weapon, resulting in the fleeing of miscreants from the spot leaving behind their consignment. During a thorough search of the area, the party recovered Yaba Tablets- 650 Nos worth Rs. 3, 25,000 and Phensedyl- 100 Btls valued Rs. 15,427. The total amount of the seizure is Rs. 3,40,427. Seized narcotics were handed over to P R Bari Police Station for further legal action.

“The BSF troops have been putting relentless endeavours in containing trans-border crimes in the bordering areas, particularly the smuggling of Narcotics and contraband items by conducting operations,” stated the release. 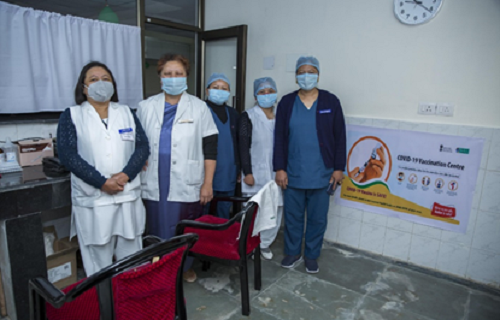 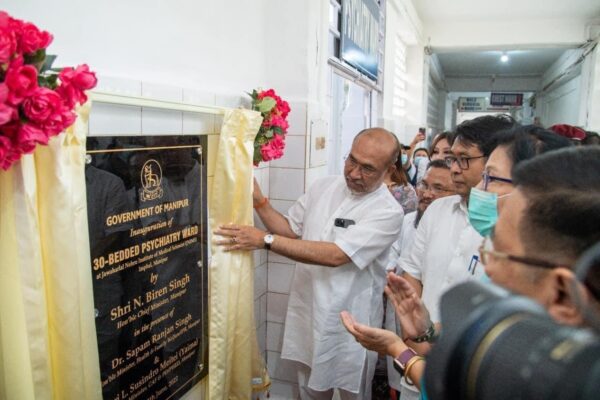 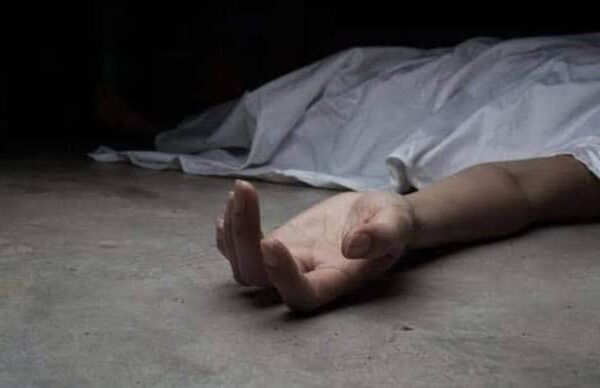 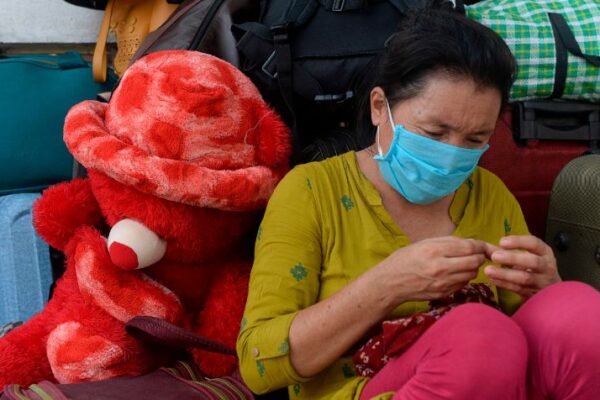 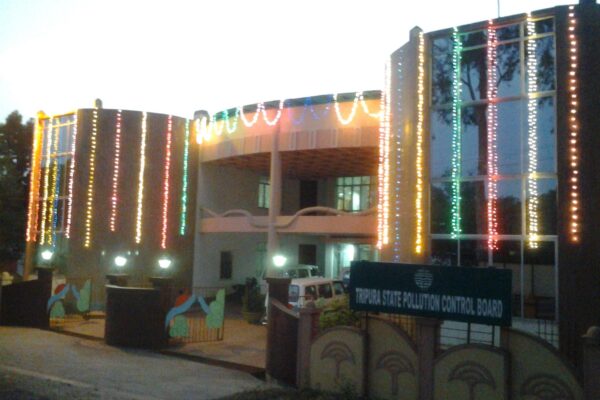 Tripura Best In Northeast On Disclosure Of Information On Pollution 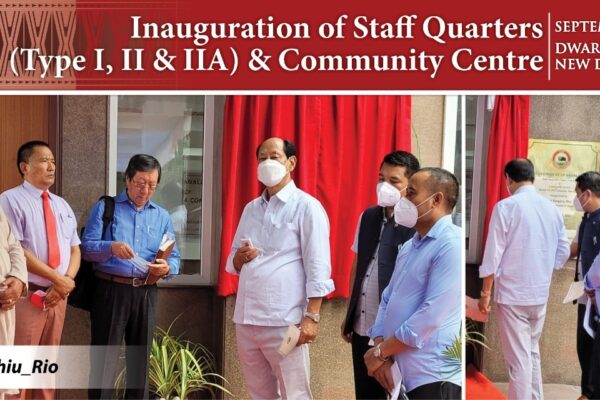