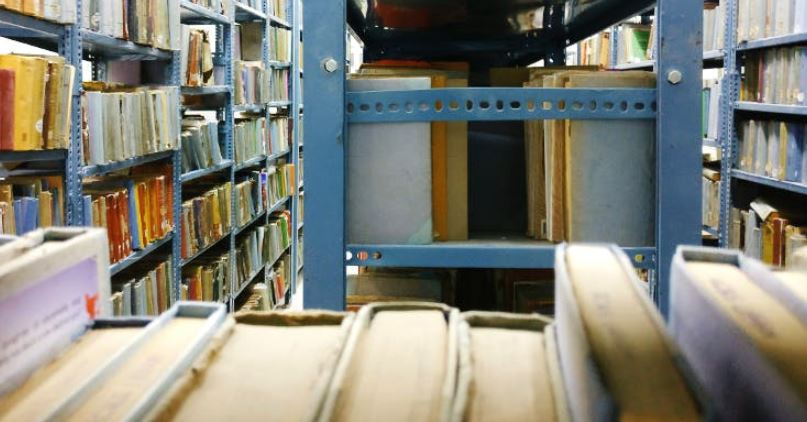 Every year, India celebrates National Librarian’s Day on August 12, the birth anniversary of the great library science exponent Dr. S. R. Ranganathan (1892-1972). The word ‘National’ in the latter instance simply means an occasion observed throughout the nation. Today is the day of the library, but being a part of LIS (Library and Information Science), we feel very sad that the state like Assam, known as the mother of  North East India does not have library legislation. It is very confusing for us, why the Government is unable to feel the importance of library act in a state like Assam.

A person named Dr. S. R. Ranganathan travelled all over India, for establishing Public libraries act in each and every state of India. For his restless tribute to the field of library science and services, the government of India honoured Dr. S. R. Ranganathan  the Padmashri in 1957. Dr Ranganathan had prepared a draft bill for public library system of  Assam which he presented in the 8th Annual Conference of Assam Library Association held at Guwahati in October 1964  and further in the 9th Annual Conference in April 1971 reiterated its earlier demand but it has not got any fruitful result till now.

It is also noteworthy that Dr. Ranganathan’s presence and proposal for having library science education in the state helped to initiate the first library science education in Assam at Gauhati University in 1966. A draft Assam State Public Libraries and Information Service Bill made by a Government appointed committee has been submitted but till now it is not enacted. It is very clear that there is no Public Libraries and Information Service Act in Assam till date. But it is true that without having such legislation, a state cannot ensure a proper network and systematic library service especially public library services for its citizens.  Now it is time to place our demand to the government to enact a proper act for the library in our state. We- all the citizens, especially the intellectual and students’ organizations should come forward with this demand for Library legislation in Assam.

In ancient time in Assam, the rulers encouraged the scholars to contribute their scholastic works and as a result, a number of literature work was done and still some of those rare manuscripts on different subjects are preserved and documented in libraries, archives, museums, not only in the state but in abroad too. The present state of Assam bears testimony to the scholarship and the high standard of the literary achievement of the scholars of Kamrupa of that time and the patronage of the monarchs. The rulers of the state have a keen interest and love for education, books and libraries. From the earliest times the leaves, barks of trees and blades of metals were used as writing materials, but the most popular and common writing, media is sanchipaat, which is a unique writing material available in Assam.

During the region of king Naranaryana of Koch Bihar, the Vaisnava religion was spreading throughout the undivided Assam. Srimanta Sankardeva the (1445-1566) initiator of the Vaishnava Renaissance in Assam brought a new movement of Assamese culture and education. At that time the manuscripts were written and copied at the patronage of royal sovereigns. The Koch King Naranarayana was a great patron of art and letters. The great saint presented two unprecedented institutions, i.e. Satra, Namghara and Kirtanghara, where religious, as well as sacred books, are still kept. Through this system, at that time the adult illiterates and neo literates were attracted for informal education.

During the Ahom period the rulers, who were enlightened person also regards the books and library as sacred ones. They used to keep their official and important document in a sacred place called “Gandhia Bharal’. The practice of writing Buranji, the meaning of which in the Thai language is “Ignorant learn store” was prevalent in Assam. The writing or compiling of Buranji or Chronicles was seriously patronized by the Ahom Kings who ruled Assam for long six hundred years. In the Pre independent period, the British rulers used to establish departmental libraries for their conveniences. The British rulers used the family archives and Satra libraries, collection of manuscripts in village Namghara which served the people to a considerable extent in matters of giving religious instructions along with the knowledge of different scriptures.

The concept of a library in the modem period has started in the year 1903 as the Assam Government public library was set up in Shillong during the period of British Raj basically to serve the Government officials. Before that too, some public libraries were established in Assam. Kumudeswar Borthakur, a retired school teacher is a renowned figure in the growth and development of library services in Assam. He got an idea of an organized public library system by the state of  Baroda, which is known as the birthplace of library education in India. For having a library movement in Assam, he took the initiative to form a state level library association. In 1938, the Assam Library Association was formed and till then, this Association has been playing as a flag bearer in the state mainly in public library related issues.

It is noteworthy that library act is a democratic instrument through legal provision for establishing an organized network of public libraries, its structure, personnel, maintenance, services, functions, management etc. Various states of India (Total 19) including our sister states Mizoram, Manipur and Arunachal Pradesh have been enjoying the fruits and corns of the Library Act. As per data, Assam has a total 27 district library, 15 Sub Divisional Library and 204 rural libraries in various districts in Assam. But the scenario in term of users is not a satisfactory one. But a few rural libraries in Assam which are run by some NGOs and committees are doing a remarkable job in cultivating reading habit among the teens. But as a whole, footfall in public libraries in Assam has reduced since the last few years and their standard of services has also been declining to some extent due to various circumstances.

School is a gateway to formal education and plays an important role in building up a love for reading. The school library is integral to this educational process. Encouraged at the right age, the children are sure to develop a love for books. The school library equips students with lifelong learning skills and develops the imagination, enabling them to live as responsible citizens. It plays this role by selecting, acquiring and providing access to appropriate sources of information. The school library offers books and other resources ranging from print to electronic media for completion of various school projects and assignments, for the acquisition of knowledge about a topic taught in class, for finding information about a hobby or current events and news, etc.

The current National Education Policy has also an emphasis on library based learning. The school librarian helps the students in finding the books as well as other information on the topics of their interest. The librarians along with the teachers can work together to achieve higher levels of literacy. The importance of the school library cannot be overemphasized. A library is an important source of knowledge to young minds in schools. It develops the important habit of reading among the students. Every school should have a library. The school library plays a great role in the life of students by serving as the storehouse of knowledge. The importance of a library in a school cannot be overemphasized. But in the school of Assam, the scenario of the school library is not up to the mark. Most of the school has a single almirah of books in the name of the library. The state government should emphasis on developing a school library policy for all the schools ranging from primary to higher secondary, which will definitely change the total scenario of reading culture of the youth. Then, the footfall in a public library will also be increased. It is to be noted that the survival of the book publishing business is totally dependent on the habit of reading.

The issues of Public Library Act in Assam, development of the school library, the appointment of school librarian should get special attention from the government. Without government support, these can’t be realized and Ranganathan’s dream will never come true. We are confident that we will be very successful if we demand and fight for it together.

The authors Partha Pratim Mazumder is an Assistant Teacher 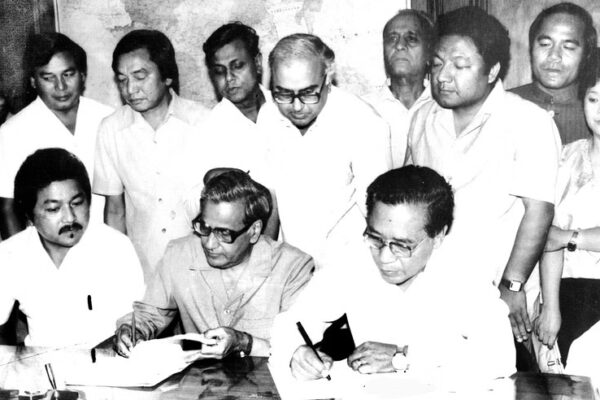 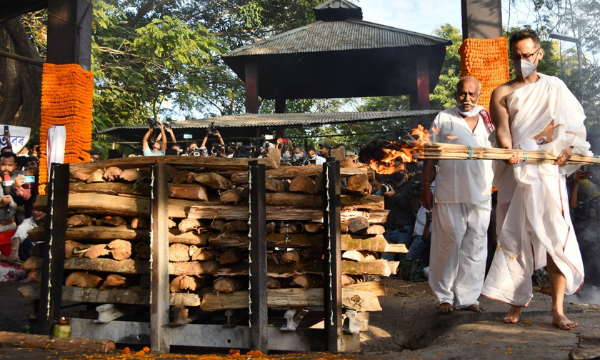 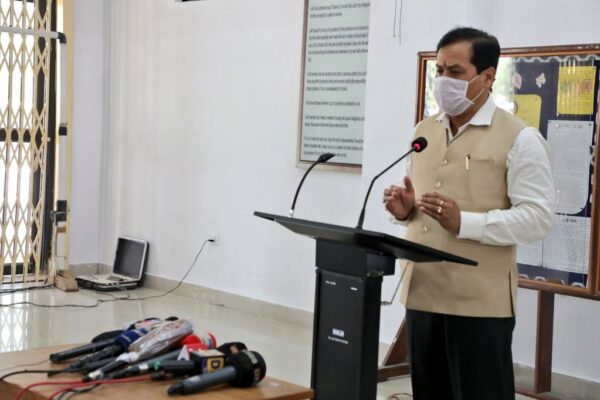 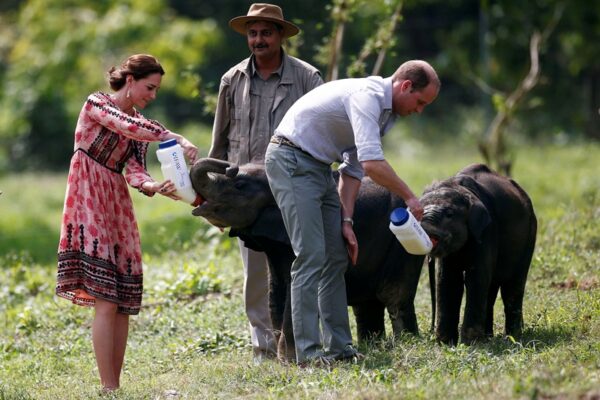 ‘Shocked by what has happened’: Prince William, Kate Middleton on flood devastation in Kaziranga 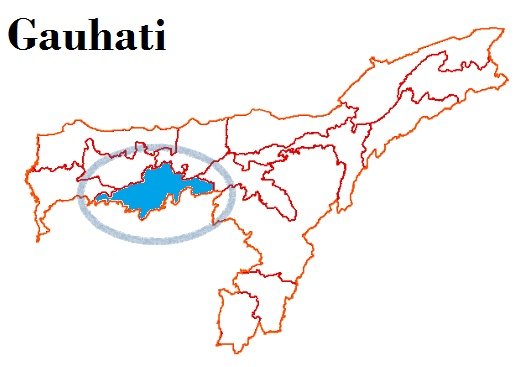 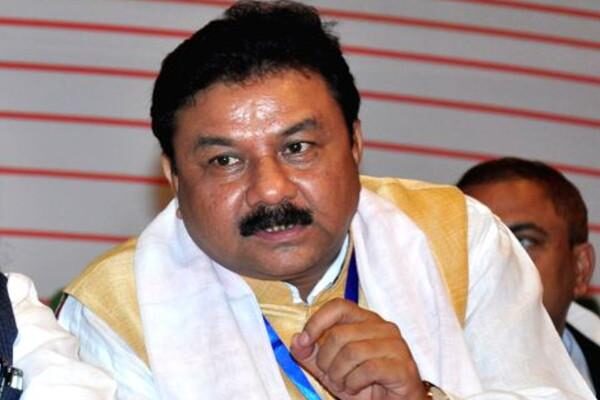