Naga Peace Accord and the Kukis: A holistic solution is the only way forward 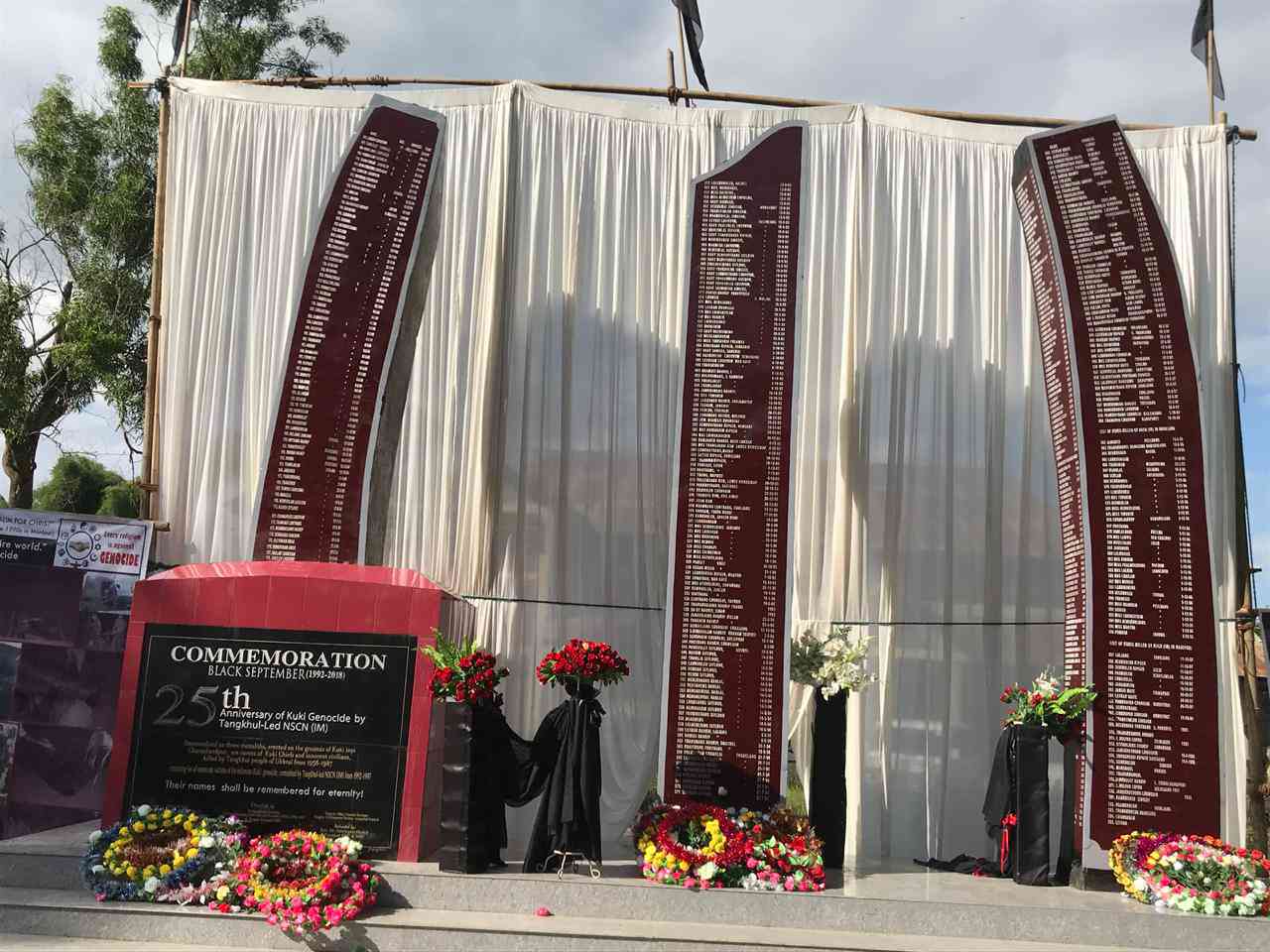 The Naga peace talks, after going past the October 31, 2019 deadline set by the Government, has recently witnessed renewed efforts to clinch the final deal on the accord signed between the Naga rebels and GOI on 3rd August 2018. Amid talks of finalising the agreement, the NSCN IM in a scathing attack to the interlocutor Mr. N Ravi had released a Press Statement, accusing N. Ravi, who is also the Governor of Nagaland, of branding the Naga issue as just a ‘law and order’ issue, among others. Interestingly, the Naga National Political Group (NNPG) and a few other groups have maintained their silence as far as allegation on the interlocutor is concerned. It is worth mentioning that earlier in January 2020, NNPG and KNO (Kuki National Organization) in a first of its kind between the two communities, signed an agreement to work closely towards resolving differences and respecting each other’s history and culture. KNO along with United People’s Front (UPF) has been demanding for an autonomous Territorial council for the Kukis of Manipur in the line of Bodoland Territorial Council of Assam. As the Naga peace accord enters its final stage, the fate of other ongoing talks especially the Tripartite Suspension of Operations with the Kuki militants, has become a topic of interest for many people.

The Kuki Inpi Manipur, the apex body of Kuki community in its memorandum submitted to the Prime Minister on Independence day 2020, the contents of which were published in all leading local dailies and a few national media reminded the honourable PM of its various memorandum with regards to the concerns of Kuki people. One of the main requests was a simultaneous resolution of the Kuki and the Naga issue, if not to resolve the Kukis’ concern first, by the Government of India. Even as it reminded the Government of NSCN-IM’s “genocidal” activities against the Kuki people in the 90s, it categorically said that the Kuki people will not accept any agreement if it involves Kuki inhabited areas. While clarifying their stand that they believe in peaceful coexistence by resolving to welcome a peaceful solution for any community, KIM requests the Government to expedite the talks with Kuki groups and resolve the long-pending issue in the best interest of peace and development in the region.

September 13, 1993, was not just any day for the people of Manipur as more than 100 people belonging to the Kuki community were mercilessly butchered. Since then Kukis all around the world have observed the day as Sahnitni or Kuki Black Day. From 1992 to 1996, more than a thousand lives have been lost by the Kuki community to what they alleged was the handiwork masterminded by Th. Muivah to grab the lands and lives of the Kuki people for its greater Nagaland dreams. The NSCN IM, on the other hand, alleged that it was the Kukis who started the clash and that there are equal victims on both sides. In 2018, a monolith in memorial of those Kukis killed in the conflict was erected and a prayer organized under the aegis of Kuki Inpi Churachandpur. According to the Kukis, Sahnitni or Black Day is not about vengeance but about remembering the departed souls. ‘They were killed for no faults of theirs but because they were Kukis. We were asked to leave our homes, lands and fertile fields not because they didn’t know that it belongs to the Kukis since time immemorial but because they wanted to stake a claim as theirs,’ said Mr. M Henkai, Chief of Joupi, in an interview with a local News channel in 2018, who had lost his elder brother, then Chief of Joupi, on that fateful day, the 13th of September. The Kukis are now of the view of that they have lost way too many blood in defence of their land; in the hands of the British, security forces, internal clashes and NSCN IMs.

Victims of communal violence even in 2020

Chassad village, which has an important place in the history of Kukis where Anglo Kuki war Hero Pu Pache hailed from, was burnt down to ashes in March 2020 by its neighbouring villagers of Kamjong and Sampui Villages. The reason behind the arson was said to be a land-dispute, which went back to decades-old misunderstandings. According to Kamjong villagers, on that fateful day, Chassad villagers were protesting the burning down of two huts by Sampui villagers by blocking roads and burning an under construction petrol-pump; that resulted in the clash which eventually led Kamjong villagers to wipe out the entire Chassad Village. However, Mr. Doungul Lelen, a villager of Chassad claimed that it was not an issue of Chassad villagers protesting against the burning of their huts alone that resulted in the arson.  ‘We have been repeatedly threatened by the NSCN IM to pay taxes or leave Chassad area. The issue of land disputes and inter-village feuds are just a ploy to frustrate us and cover up their real intention to stake claim of Chassad area as part of their land. We have all necessary land records and copies of court rulings but they have guns,’ added Mr. Doungul.  As is always the case, the NSCN IM refuted the claims stating that it was just inter-village clashes.

The historical basis of Kuki demands

The Anglo-Kuki war, also recorded as Kuki Rebellion or Kuki Uprising, 1917-1919 was fought by the Kukis to protect their ancestral land and freedom, among many other reasons. It was one of the most defining moments in the history of Kuki people; one which makes them hold their head high with pride even today. It was proof that the Kukis lived independently and were ready to face any force, including the Britishers at the peak of their power. Unfortunately, today, the once heroic group of people are tagged as refugees in their own land, the land they have shed their blood and sweats for, because of the absence of any political autonomy. While there exist Nagaland for the Nagas, Mizoram for the Mizos, Meghalaya for the Khasis, Jaintias, and Garos, the Kuki people have been denied their rights for self-determination for decades now. With almost all the communities in the Northeast having their own different level of autonomy and self-administration, it is the Kuki people who despite their rightful demands have been side-lined for quite a while now. It was on this basis that Kuki militants took to arms to raise the attention of the Central Government. The logic here appears to be; if the Government could in all seriousness deal the issue of Naga people, who have a state of their own, why is the Government ignoring the concerns of the Kuki people?

100 years ago, the British with all their might subjugated the Kuki people but what they didn’t realise was that it was the Kukis who had actually won the war. They might have lost the fight but they have fulfilled their sworn commitment to protect their land against anyone. History itself was their biggest win. Today, their bravery and valour in defending their land, which is now part of India should duly be acknowledged so that the very feeling of alienation and subjugation they fought against is not delivered by a free, democratic and republic nation.

The Kuki militants have first taken up arms with a demand for sovereignty; the reclamation of Kuki country, for which defence the British at its powerful peak were resisted for three long years. Later on, with the agreement to hold talks with Government of India, KNO and UPF- the two umbrella organisations of the Kukis acceded to drop sovereignty demands, a dream that could have integrated the now scattered Kuki people, segregated in three different countries- Bangladesh, India and Myanmar. The move though was not received well initially by many people, the message of the need for a solution within the ambit of Indian constitution, conveyed regularly in various platforms finally convinced the people. The Manipur Government, on the other hand, was hell-bent on any talks that will involve the discussion affecting the integrity of the state. Eventually, the idea of the Territorial Council (TC) in the line of Bodoland Territorial Council was agreed upon to be discussed. For the Kukis, while that demand for TC was a huge climb-down from their initial demands, several rounds of talks thereafter have failed to bring any amicable solution so far.

In a stark contrast to what the Kukis demand, NSCN IM’s chairman, on his 2020 independence day speech, published by various dailies, had said that separate Constitution and Flag are non-negotiable as the Nagas, according to him, already have one and it is up to the Government to recognise it or not. Its other demand of integrating the Naga inhabited areas had received oppositions from all the neighbouring states, namely; Assam, Arunachal, and Manipur. In Manipur,  18 youths lost their lives in protest against the inclusion of the State in the ceasefire area in 2001. Also notable is the press statement on 28th August 2020 made by the United Committee of Manipur, a conglomerate of various valley-based CSOs in Manipur which strongly asserted that the people of Manipur will not accept the Naga Peace agreement if it affects the integrity and identity of Manipur. It is unthinkable the consequences that could befall the region, in the unlikely event of the Government of India acceding to the demand of integration theory. Interestingly, many Nagaland based organisations like NNPGs are not vocal about the integration theory but more focused on the completion of the Naga Peace accord and the return of normalcy in Nagaland. The idea of integration is now viewed by many as an attempt by the Manipur Naga community in general and the Tangkhul Tribe, to which Th. Muivah belongs to, in particular, to have a larger share and voice in the social and political scene of Nagaland.

Militancy issues in the Northeast have been a stumbling block for the prevalence of peace and development for quite a while now. While Mizoram, Arunachal Pradesh, Tripura, and Meghalaya have by and large overcome the issue, the states of Manipur, Nagaland, and parts of Assam are still far from resolving militancy issues. As such, any proposal for peace accord is a welcome move, that will not only usher in peace in the region but also the much needed economic progress in the region. The Naga issue, being one of the oldest militancy issues in the region deserves an amicable solution at the earliest possible. The Government of India, so far as its handling of the militancy issues are concerned, deserves applause. It is the sincere hope of the people of the entire North-East region that militancy issues of not just the Nagas but others, including the Kukis are resolved once and for all by involving all stakeholders concerned. For- a stable, secured and strong India requires a stable North East India. 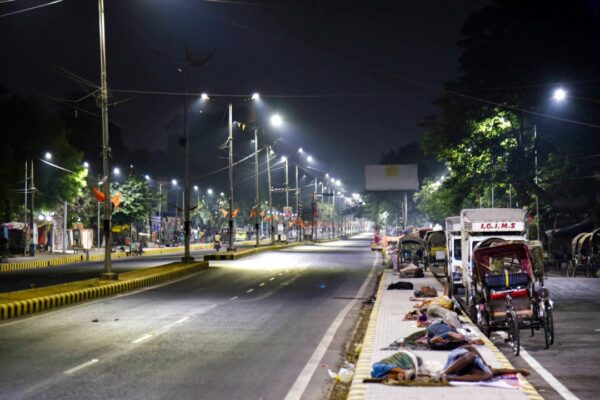 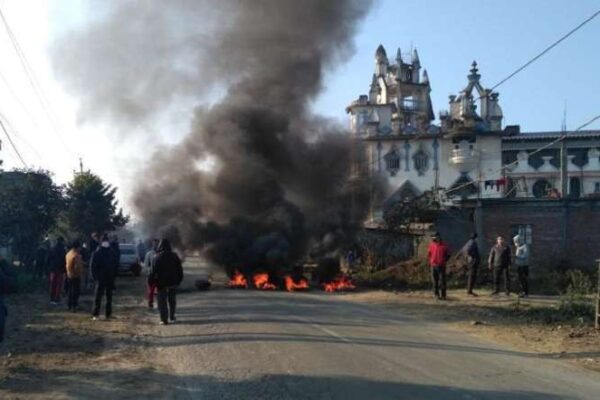 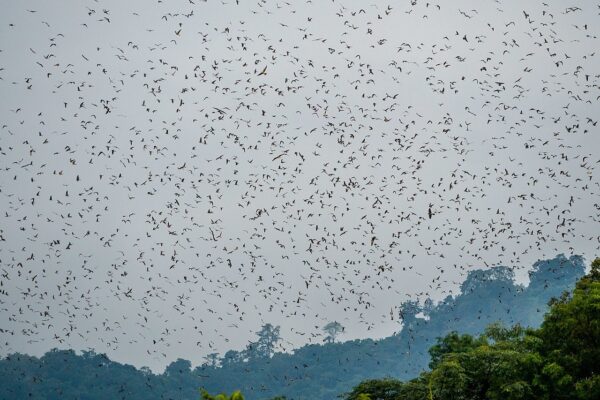 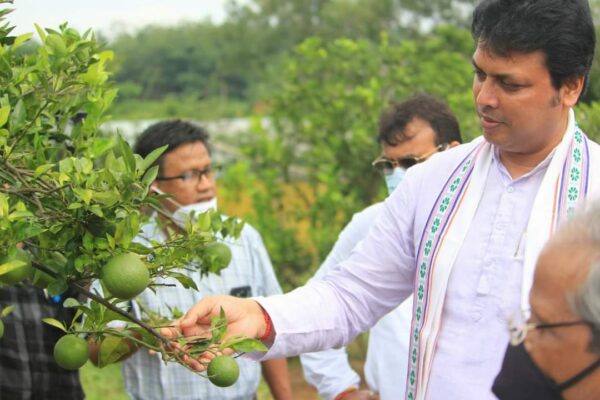 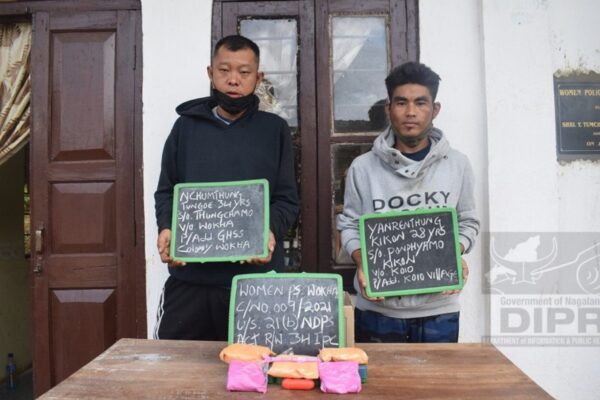 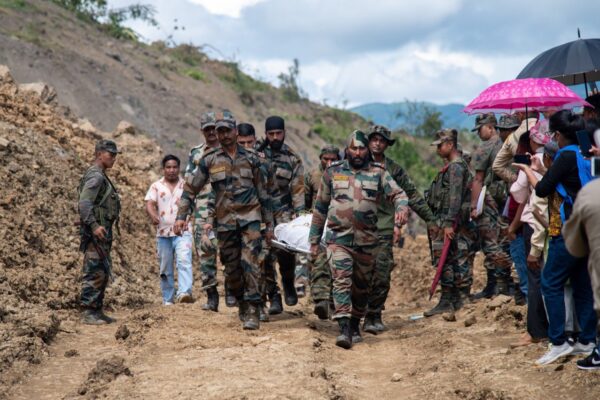