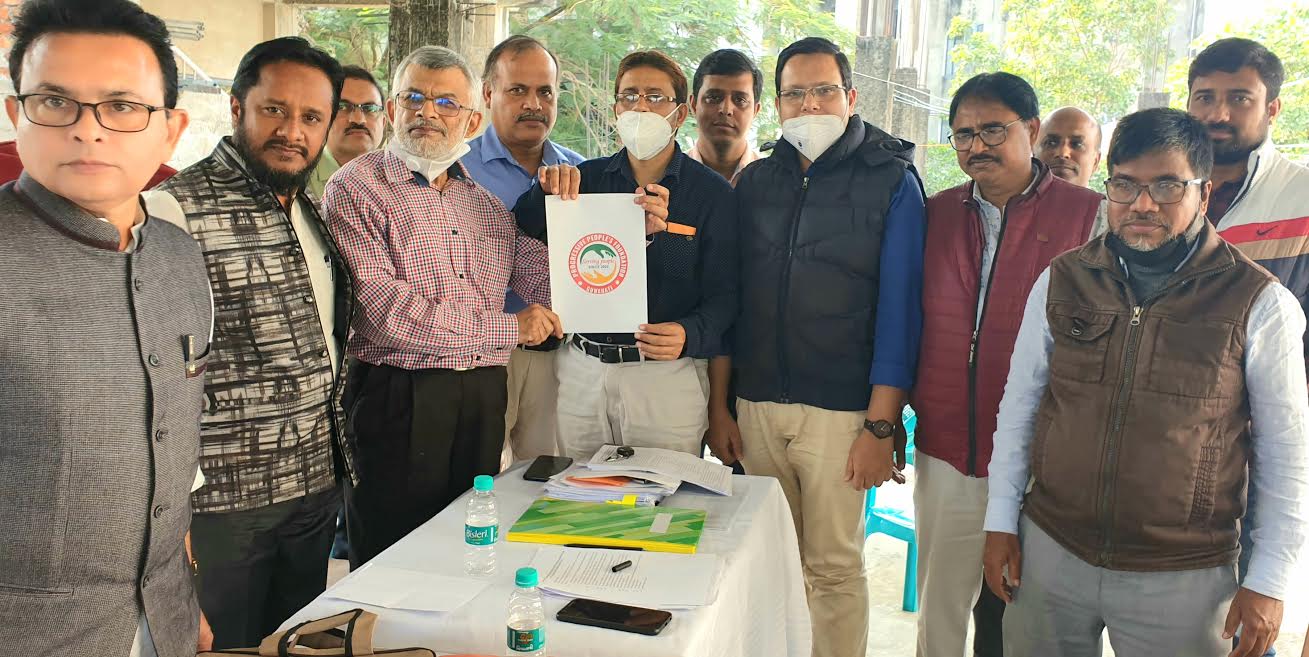 The Bodoland Territorial Council has developed many controversial subjects concerning land alienation and property rights that undoubtedly have already become the core electoral issues. This election will elect members of the Bodoland Territorial Council (BTC), the autonomous district council for the Bodoland Territorial Region (BTR), a council constituted under the provision of the Sixth Schedule of the Indian Constitution. The election for 40 seats in the BTC council was due to be held on 4 April 2020 but was postponed due to the COVID-19 pandemic. As the term of the council was expired, there were two possibilities.  The first one was none other than the extension of the then existing council for another six months and the second one was to place it under the President’s rule by the Governor of Assam. On 27 April 2020, it was announced that Bodoland would come under the Governor’s rule until a new council is elected.

Most surprisingly the election manifesto released this time by the BJP made a promise to make land alienation easier in the BTR region. Dr. Himanta Biswa Sarma, one of the powerful ministers of Assam assured before the media that if the BJP comes to power, buying and selling of land will be made easier and the process will be made so that one can buy or sell his or her land within 15-30 days. Apart from this pertinent assurance the BJP also announced certain promises that includes implementation of all the clauses of the BTR Accord, that was signed on 27th January 2020; inclusion and exclusion of villages; abolition of the Village Council Development Committee (VCDC) system; introduction of a three-tier Panchayati system; creating Tamulpur as a separate district, curving out of present Baksa district, and abolishing the Central Selection Board, etc.

Apart from the lucid promise for the easier land alienation which would definitely attract the majority non-Bodo population of the BTR, the BJP, particularly the Sharma faction of the party is trying to play another game. The most vital question here is why did the BJP alienate its alliance partner in the state – the BPF and trying to capture a majority seats in a local election, where it is not likely to perform well? According to some political analysts, the BTC election in another way is going to establish two important hegemony of the centrist right parties. The first one is the very easy and traditional practice is to use the larger base of a local regional party and grabbed it whenever the centrist national party gradually determines the fate of the local or regional. The Asom Gana Parishad(AGP), the most powerful regional party of Assam has already witnessed that experience in the last two decades and the same is going to occur in the case of BPF (Bodoland People’s Front)- that administered the BTC for three consecutive terms right from its inception. As a traditional tactic, BJP wanted to spread its tentacles in the Bodo belt and has been looking for an opportunity by a local party that would provide them a red carpet welcome in the Bodo belt. This time the old partner BPF has shown uncompromising hesitation to give away its base to the national party and therefore the UPPL (United People’s Party Liberal) has shown a flexible position to offer maximum seats to the saffron party.

The second one is negating the regional demands by absorbing a regional group in a coalition. The BJP has already done this through the agreement signed on January 2020, after which the ABSU and the NDFB factions have given up on their decades-old demand for a separate state. The ABSU is now part of UPPL and its ex-chief Pramod Boro is the projected candidate for Chief Executive Member (CEM) in this election. The UPPL has gained momentum ever since Promod Boro the former ABSU leader one of the core signatories of the Bodo stepped down to join the UPPL as its working president and in a span of three days was elevated as its president.

If the BPF fails to counter the allegations made by both BJP and UPPL and could not come out with an understanding with Congress and AIUDF then the result of the election may turn in favour of the BJP-UPPL combination. Both BJP and UPPL accused the chairperson of BPF, Hagrama Mohilary who also served as the CEM of BTC of running anarchy in the BTC for the last 15 years and alleged that the land rights of people living in BTC were deprived. Terming such allegations manipulated and fabric Mohilary said that his party has made land rights of indigenous people of BTC- a priority in its poll manifesto. Mohilary said, “Whatever the Oppositions are claiming is false. We have not deprived anyone of land rights. Rather we are giving land pattas to ensure their land rights. No matter what they (BJP) accuse, people in BTC have seen our deeds and I am sure that BPF will form the next council here again.”

Congress and AIUDF have also a good stake in the BTR region. But all depends upon the mathematical equation of sharing seats between different political groups. If BPF lost the election the people of BTR will see a new political era in their respective jurisdiction. Such a result may also lead to another juncture in the near future where the existence of regional parties would depend upon the blessing of national parties. 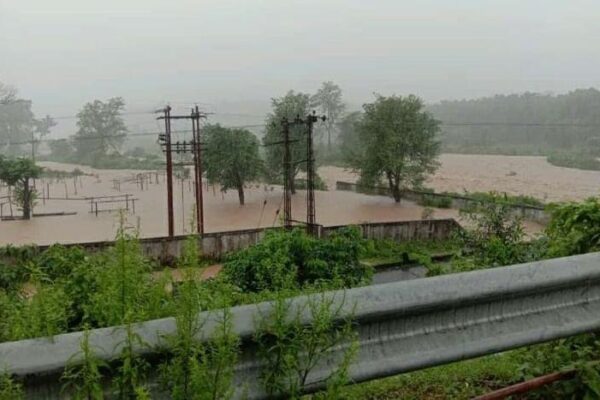 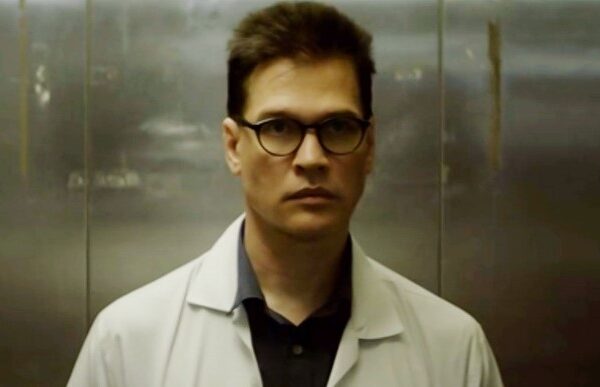 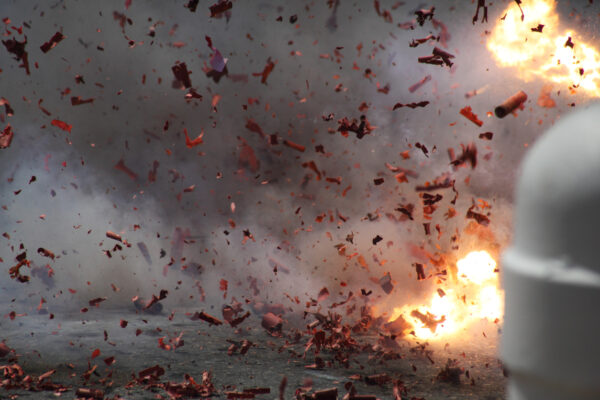 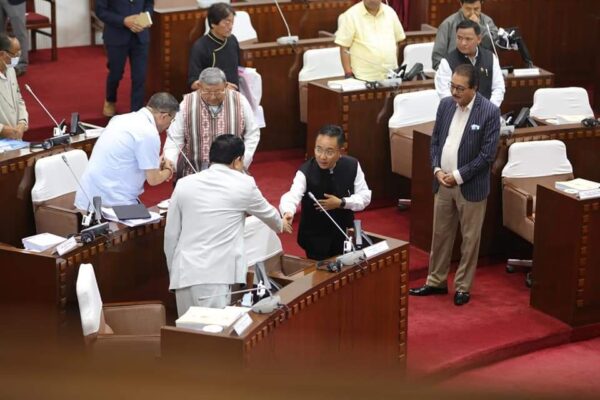 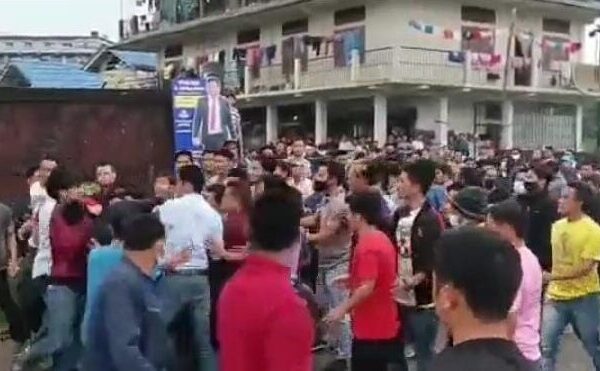