12th September 2021
No Comments
Posted in Featured, In Conversation 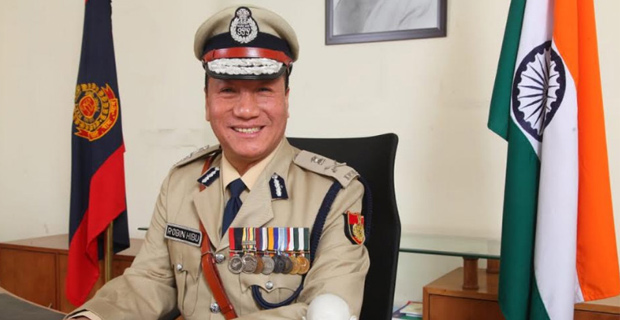 Robin Hibu, the first IPS officer from Arunachal Pradesh, is often referred to as the ‘Robin Hood of Delhi’. He is currently serving as the Special Commissioner of Police/Additional Director General of Police, New Delhi. His NGO, Helping Hands is an initiative that works towards making the National Capital, read Delhi, safe for the people from the northeast.

Here are excerpts from an exclusive that Robin Hibu had with Northeast Today recently.

NET: You are a role model for the people of the northeast. Who is/was your role model?

Robin Hibu: Mahatma Gandhi is someone who has influenced me immensely. My father, Jesus Christ, and  Mother Teresa have also had an immense influence on me. So, I think the question is that if somebody has to be different from others it has to become out from the heart.

NET: Your writings always touch the hearts of the readers as they seem to come alive. Your thoughts on this?

Robin Hibu: In life, if somebody is speaking from the heart and if someone experiences something on the ground, thoughts and writings always tend to be natural. I have experienced things from the ground, so what I write I would say that I write from the core of my heart. I want to relate it from ground zero.

Robin Hibu: Lucky is a boy or a girl to have a wonderful father and to me, a wonderful father is someone who not only loves his children but also shows by examples. A good father you needs to understand the need of their children. Let them blossom, whatever way they want. Do not force them to do what you want them to be. Unfortunately, these days, even if the children have the best father they are not able to connect or able to follow or exemplify the fathers and daughters or sons relationship. There are various reasons for it one is divergent to social media. A father needs to understand the expectations of the children and children also need to understand what their fathers expect from them.

NET: Can you tell our readers about the work done by Helping Hands against racism that is faced by the people from the region in New Delhi?

Robin Hibu: Look, racism unfortunately is the reality in today’s world indirectly or directly. Though there’s no institutional support, however, as per our constitution we all are Indian and it is prohibited under the law of the land. But unfortunately due to several reasons it is going somewhere or other, somehow or other it raises its ugly head now and then. There is no place on earth that is completely void of racism or discrimination. It exists even in our homes. Racism is a multidimensional problem and it has a history of origin, and it has a history of what attempt has been made to curb it.

My take on this is that if someone crosses the limitation, we have to fight back. The problem that the people from the northeast face in the cities in the form of racism, the number one reason according to me is that most of the people who are at the grassroots level have no idea about our north-eastern part of the world.

Secondly, most of them have no idea that all derogatory words like chinky are prohibited under the law. Third our people, more or less, y are not able to get the redressal. By redressal I mean you have to go to the police, you have to file a complaint. They mostly ignore it and think that whatever has happened with them has happened, what could they possibly do. Lying low despite being humiliated gives a sort of encouragement to the perpetrators to act similarly in future as well.

There has been a lot of attempts made by the government of India like the Bezbaruah Committee where we gave so many recommendations so that racism can be tackled at the grassroots level itself, including even changing the law.

I would like to say that if anyone is facing racism we must avail all avenues that are available in the country like police, judiciary, SP/SC commission etc. And of course, we need awakening, more awareness because people are not aware of these institutions and for that media like Northeast Today can play a vital role to create an awareness of your rights. Because of this lack of awareness, they don’t know where to go and they only think of a few individuals and organisations.

To deal with this racism issue, we need a multipronged approach. Firstly, there is a need to create permanent awareness through CBSE, NCERT so that children from across the country from a tender age know about the northeast.

Secondly, we will have to create a mass awakening with our people so that know what is legal and what is illegal.

Third, development is the answer. Anywhere in the country, even in the northeast, if you have good roads, good air connectivity, good internet connectivity, proper entrepreneurship then hardly anyone from the northeast will come for a petty job to other parts of the country. Economic empowerment is a must and I believe, proper connectivity can help in this.

NET:  It has been observed that we have to make noise, file petitions to basic things like the inclusion of a chapter about Northeast in NCERT books. Maybe we are ready, but the centre is not. What is your opinion about it?

Robin Hibu: In a democratic country everybody has the right to raise their voice in a democratic matter. We have to go to the main switch and we just cannot blame the light or the darkness. If there is darkness then there has to be light and for that, there needs to be an electrical wire which is connected to the main switch. And what is the main switch in a democratic country? It’s the Parliament, it’s the Assembly, the judiciary, and the media people. For me, our leader has to be more vocal. We have to make our presence felt by the people from the mainland and for that, all stakeholders have to play a proactive role. All the MPs from the northeast should form a committee and recommend to the HRD ministry that there is a need for a chapter on the northeast in the textbooks.

NET: Are you trying to say that instead of playing the victim card, we should let our message be heard, right?

Robin Hibu:  Exactly. The people from the northeast are non-assertive people and the victim feeling will come to the mind if we start living in a cocoon world. When you are living in Delhi or any part of the country you are the ambassador of your state and if you cannot mix with the people of the mainland wherever you are working or studying, if you do not intermingle with them then people will not learn and know about you and neither you will know about them. You must become a part of them and they should become a part of you, only then can we help in breaking the shackles.

NET: Please tell us more about the works done by your NGO Helping Hands during the COVID times?

Robin Hibu: During this COVID time, last year we had ration distribution for Delhi and NCR. We had a ration control room, a ration distribution centre, and a ration making centre. This was started in collaboration with many Delhi Samaritans who gave the free ration including the home minister and the President House. We had two control rooms for North Delhi and South Delhi, where all the rations were gathered and packed properly.

We had a control room where anyone who needed ration told us via WhatsApp or email or an SMS. The next morning by 9 am we had the ration list ready for Delhi-NCR and after that, we replied via SMS to the people and informed them that we shall be visiting their areas with the ration at a designated time. Everybody waited for their share of the ration and distributed the ration to the people maintaining the COVID protocols.

During the 1st wave of COVID, many students studying in Delhi were stranded and they did not have cooking utensils or gas. So, we collaborated with the Gurudwara and prepared food without spices and the food was distributed to these people.

NET: If somebody wants to make donations how can they reach out to Helping Hands?

Robin Hibu: We never ask for any help or money from anyone but if someone wants to give, then they give willingly. When the people saw that we were giving from our own house they came and give. Asking someone hurts. 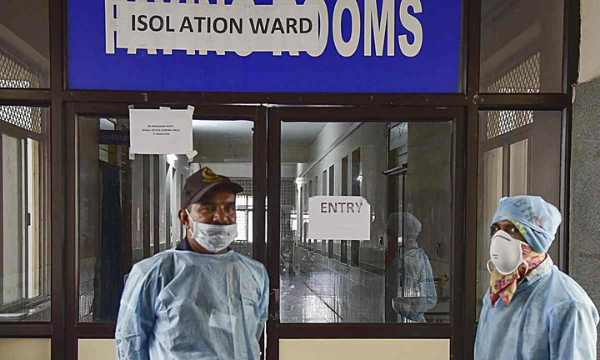 13 Returnees from UK Put Under Strict Home Isolation in Meghalaya 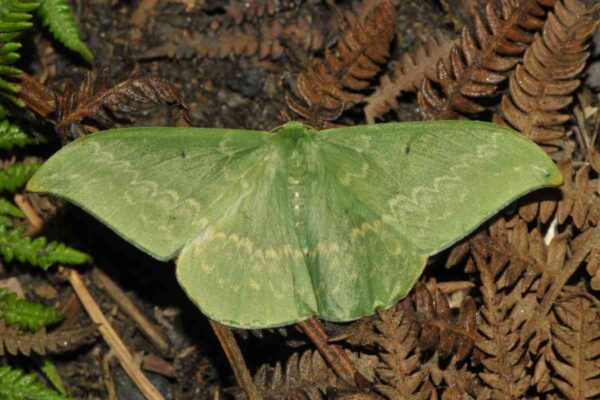 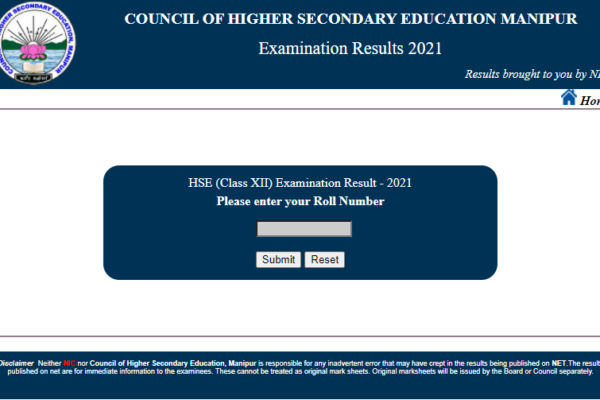 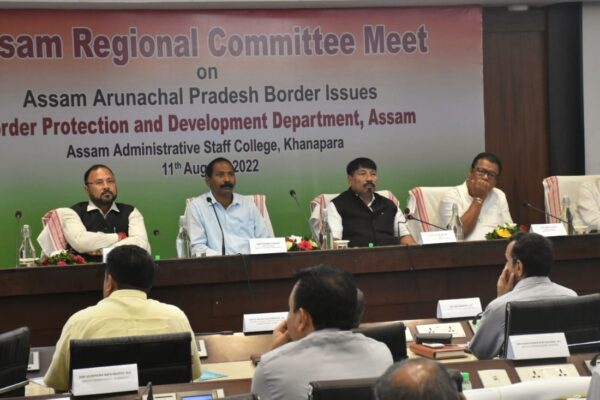 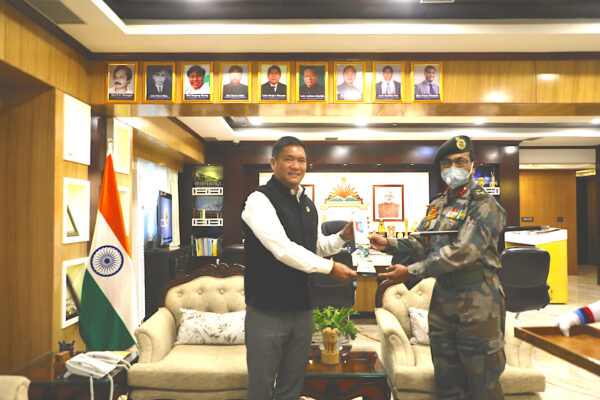